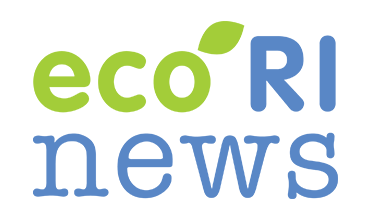 PROVIDENCE — Everyone is wondering what’s next.

Planned Parenthood is working to ensure that Rhode Island women have the right to choose their reproductive futures, no matter what happens in Washington, D.C. Supporters of immigrants’ rights are lobbying at the Statehouse for drivers’ licenses for undocumented immigrants. Speakers at the Day of Public Humanities at Brown University are making presentations about how to advocate for the arts and humanities in the “age of Trump.”

So it was no wonder that The Economic Progress Institute (EPI) chose “Our Path Around Federal Roadblocks” as the topic for its May 4 ninth Annual Policy and Budget Conference. And it’s no wonder that it drew an attentive audience of about 200 people to the downtown Marriott, including a number of state legislators and staff from the state’s congressional delegation.

Nobody minced words, about either workers’ rights or health care.

Gov. Gina Raimondo said, “I told the president that the ACA [Affordable Care Act] is working in Rhode Island. We’ll go down fighting before we let 100,000 people in Rhode Island lose their health insurance.”

Senate Finance Committee chairman William Conley, D-East Providence, hit harder, talking about the “Nantucket sleigh ride” the state is on as it considers “the regressive lunacy going on in Congress today.”

Addressing jobs and wages, Heidi Shierholz, senior economist and director of policy at the D.C.-based Economic Policy Institute, summarized the situation by saying that the Trump administration has demonstrated “active hostility to workers’ safety, job training and unemployment.”

Amy Rosenthal, director of external affairs and campaigns at Community Catalyst, joked that the House of Representatives might vote on its latest iteration of the American Health Care Act (AHCA) during her presentation: “It’s a very interesting day to be here. I’ve never had my slides go out of date in 24 hours.”

On a more serious note, she called the actions of the Trump administration and Republican Congress “a toxic mix as it relates to health care.”

The presentations were not, however, a paean to the good old days of the previous administration.