Read reports from our national colleagues about how the smallest state in the union compares when it comes to the economic health of the state and its residents. 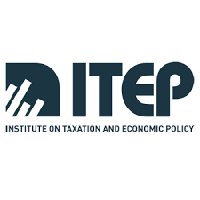 Who Pays? A Distributional Analysis of the Tax Systems in All 50 States, 5th editon

Low-income people who work hard and play by the rules should be able to build a better life for themselves and their families. A new report by Prosperity Now (formerly CFED) shows that while Rhode Island has made some progress to help low-income families build a more prosperous future, more remains to be done.

The 2018 Prosperity Now Scorecard found that unemployment in Rhode Island is at its lowest rate in more than a decade, and average annual pay for workers increased slightly in the last year. Despite these gains, however, income inequality remains a significant problem for the state; the richest 20% of households now earn 5.3 times more than the poorest 20%, a disparity larger than that of most other states.

Other news and reports