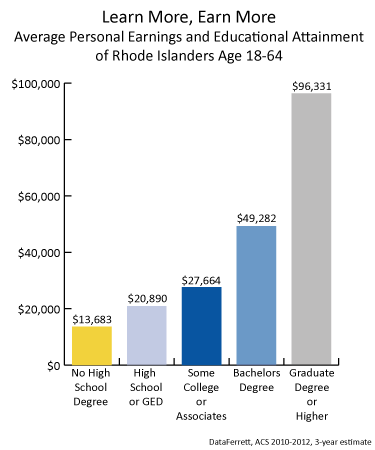 hode Islanders’ earning potential is directly linked to their educational attainment.
Working age adults (18-64) with a high school diploma or equivalent earn close to 70 percent more than those who do not have this credential. Those with a bachelor’s degree earn more than twice their counterparts who only have a high school credential. 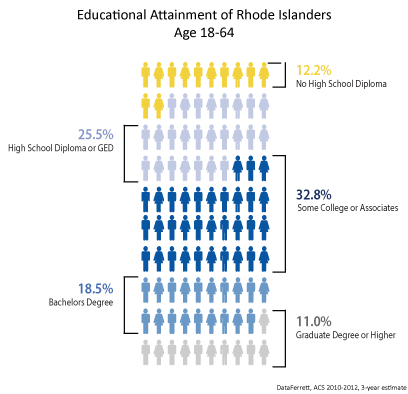 Close to 82,000 Rhode Islanders, 12 percent of the state’s working age population, do not have a high school diploma or equivalent. More than half (58 percent) have a high school credential, have completed an Associate’s degree or have some college experience. Almost 30 percent have a bachelors’ degree or higher.

There are significant racial disparities in the educational attainment of Rhode Island workers.  More than one in three Latinos and one in five African Americans do not have a high school credential compared to just one in ten Whites.  Attainment of a Bachelor’s degree or graduate degree is much lower among these populations than for Whites. 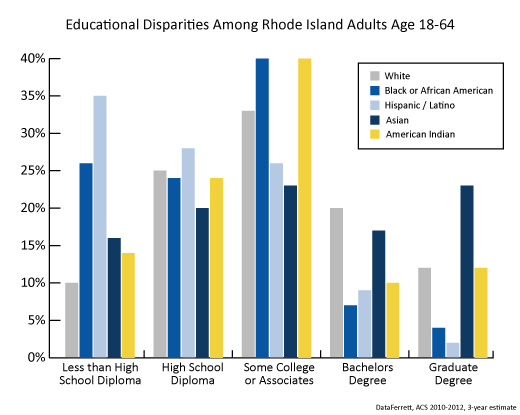 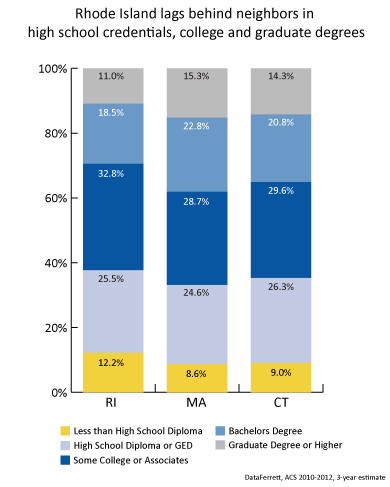