For Rhode Island to achieve its full potential as a first-class place to live and do business we need to ensure that we have the public services and amenities that enhance the quality of life and work in our state. Rhode Islanders make a collective investment through taxes, fees, and other forms of revenue to fund the services that businesses and residents count on. Although Rhode Island’s Personal Income Tax (PIT) is moderately progressive, the state’s overall tax structure—including property and sales taxes—is regressive. This means that Rhode Island’s lowest income earners pay a larger percentage of their income in taxes than do the highest earners. The bottom 20 percent pay 1.5 times as much as the top 1 percent (12.1 percent of income vs 7.9 percent) 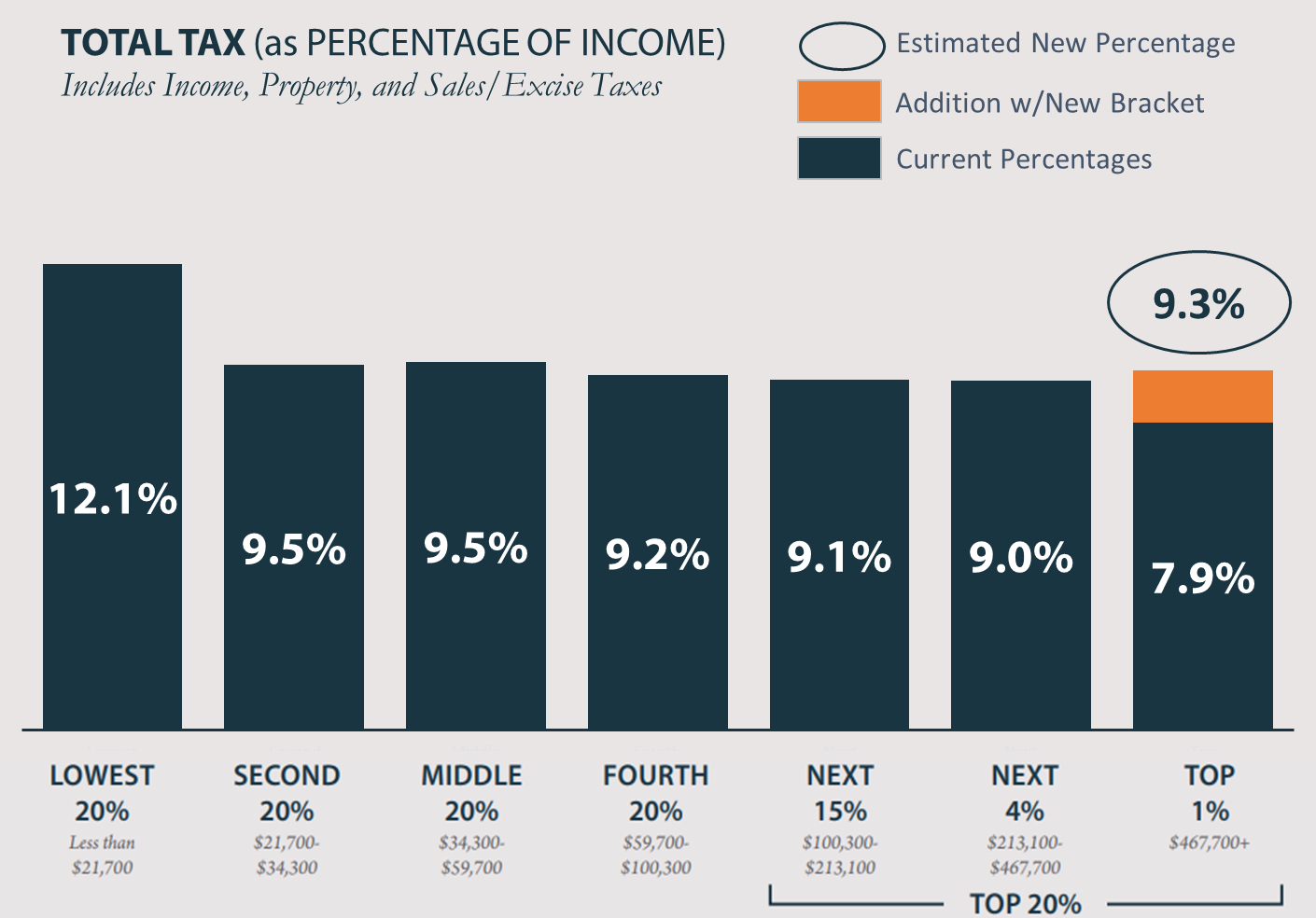 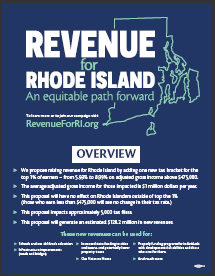